Since 1992, Ecosign has acted as prime consultant and project planner for the transformation of the Tod Mountain Ski Area into Sun Peaks Resort, a four season resort community with approximately 900 residents and 8,000 beds, more than half of which are tourist beds. Over $450 million has been invested by the resort and private developers to expand the ski area onto 3 mountains, construct an 18 hole championship golf course and build over 1,900 new dwelling units. Skier visits at Sun Peaks have increased from 69,000 in 1992/93 to 408,500 in 2018/19, the last full season before COVID 19 restrictions.

Ecosign has guided every step of development at Sun Peaks, starting with the initial Resort Master Plan and the detailed Village Plan for the Village at Sun Peaks. The Sun Peaks resort golf course opened its Front 9 in 1996 and the spectacular Back 9 was completed for a summer of 2005 opening. Ecosign worked in close cooperation with the golf course architect Graham Cooke, to establish the routing of the course and its integration with the rest of the resort. 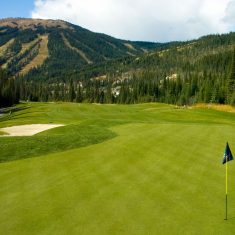 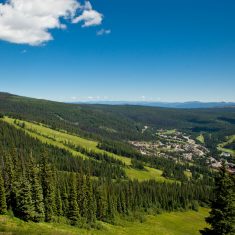 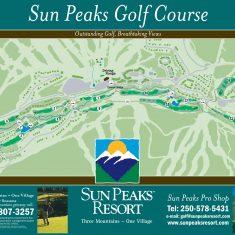 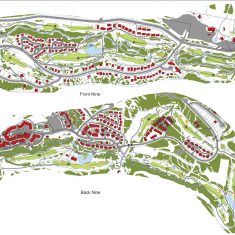