Ecosign has been working in the Krasnaya Polyana region since completing a job for the Federal Government of Russia evaluating the entire Caucasus Mountain range in the summer of 2000. In 2001, Interros Company of Moscow hired Ecosign and AMR Baugesellshaft GmbH to complete a Technical Assessment of the entire Mzymta River Valley which covered an area of 420 sq/km. In 2003, Mr. Vladimir Potanin, President of Interros Company decided to proceed with the Rosa Khutor project in Krasnaya Polyana and appointed Ecosign to prepare the overall Ski Area Master Plan. After lengthy negotiations with the Region of Krasnodar and the Federal Government and Sochi National Park, Interros announced they would build the project in February 2005 based upon the Ecosign Master Plan.

In the spring of 2005 however, Ecosign prepared an overall design concept to host the 2014 Olympic Winter Games with the snow venues at Krasnaya Polyana. Russia entered Sochi and Krasnaya Polyana in a formal bid for the 2014 Olympic Winter Games and that bid was successful as announced by the International Olympic Committee in July of 2007. Given these new circumstances, Interros asked Ecosign to expand the Master Plan substantially to include hosting the ten Alpine skiing venues, the Snowboard and Freestyle venues all on Rosa Khutor. Ecosign prepared a new Ski Area Master Plan at Rosa Khutor which includes a total of nineteen lifts with a capacity to accommodate 15,000 skiers per day.

At the same time, Ecosign was asked to design a world class alpine resort village on the lands surrounding the finish area on the Rosa Khutor Plateau at the 940 meter elevation. Over six months of detailed planning, design and site work resulted in a plan with 50 buildings with a gross buildable area of 252,000 sq/m comprised of 3,600 units with 12,000 beds. 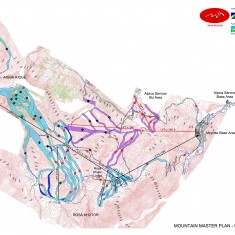 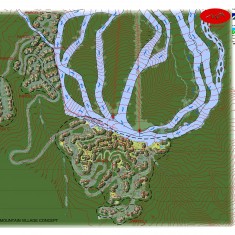 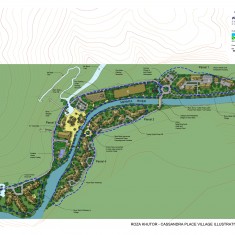 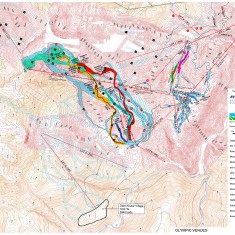