The Peak 2 Peak Gondola is a record-setting 3S (3 ropes) aerial tramway that was constructed by Doppelmayr during the summers of 2007 and 2008. This ropeway connects the Rendezvous Restaurant on Blackcomb Mountain with the Roundhouse Restaurant on Whistler Mountain, Whistler, British Columbia, Canada. The total length of this ropeway is 4.4 kilometers and the 28-passenger gondola cabins traverse the Fitzsimmon’s Valley in approximately eleven minutes. The highest point off the ground, in the center of the span is 436 meters above Fitzsimmon’s Creek.  The Peak 2 Peak Gondola holds four new world records: longest lift of its type (4.4 km); longest length of unsupported span (3.24 km); highest point above the ground for a cable system (436 meters) and longest connected tourist ropeway system (13.56 km).

The genesis of the Peak 2 Peak Gondola occurred on Feb 17, 1997 when Hugh Smythe, President of Intrawest Resort Operation Group, and Paul Mathews, President of Ecosign, were on a technical visit to Switzerland.  While in a helicopter above Zermatt, Mathews commented that the distance between the last tower on Mayer’s Plateau to the Klein Matterhorn was 2.7 kilometers, the same distance between the bottom of the Harmony Chair on Whistler Mountain and the bottom of the 7th Heaven Express on Blackcomb Mountain. The big idea for the Peak 2 Peak was born that day but the technology of the 3S system was yet to be developed. More formal planning got underway in 2005 when discussions started with Doppelmayr and Ecosign about what type of lift(s) might be used to connect the two mountains.  Construction commenced in May of 2007 and was completed by the fall of 2008 for a cost of $51 million. 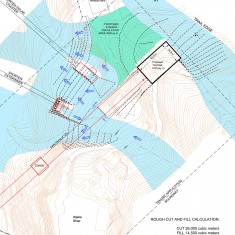 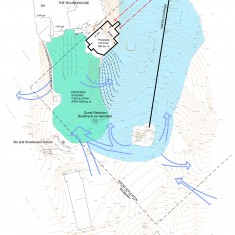 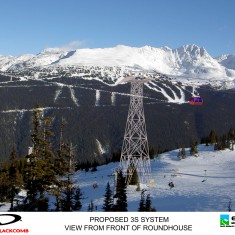 View from Front of Roundhouse 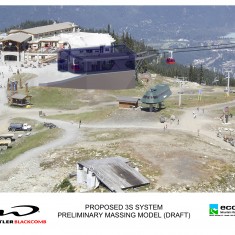