In 2010, Ecosign designed an “extreme makeover” of the village at the Canyons Resort in Park City, Utah. The first improvement was design of the Frostwood Pulse gondola from the Waldorf hotel to the Grand Summit Lodge. The next improvements included moving the bottom terminal of the Red Pine gondola 400 feet to the centre of the base area plaza, adding an angle station above the village facilitating the new alignment, installing a new detachable quad chair with orange bubbles and heated seats with a one sided mid station offload, creating a new beginner area and restructuring the plaza area which opened up the village to the slopes above. Ecosign also designed the new Iron Mountain quad chairlift providing 7 new ski trails and improvements.

These innovative changes lead to improved staging routes which doubled out-of-base capacity and brought return cycle skiing into the village plaza which, along with the new place for beginners and children, energized the village centre. Advanced and intermediate skiers benefited from the new fall-line skiing on the northern aspects of Iron Mountain. Ecosign completed a long range ski area master plan for the resort to ensure continued long term success.

In 2014 Vail Resorts purchased neighboring Park City Mountain Resort and merged the two resorts via an interconnect gondola rebranding as Park City at that time. The former Canyons base area was then renamed as Canyons Village at Park City. 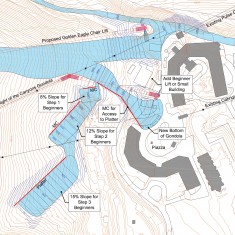 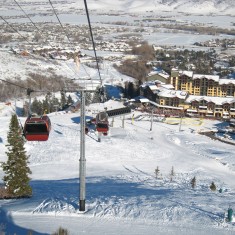 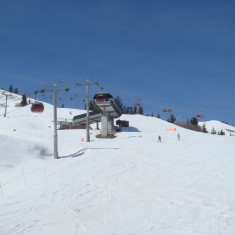